There’s been a lot of hopeful talk about a “Just Transition” away from oil and gas where Canada shifts from oil and gas production to renewables. Proponents argue that we can find new jobs for today’s energy workers and meaningfully lower global emissions, thereby helping protect the world.

This is dangerously wrong: Canada shutting in our oil and gas will make Canada much poorer, will not meaningfully lower global emissions, and actually endangers the world.

Experts like economist Jack Mintz have shown there is no chance Canada can keep our quality jobs, exports, and government revenues anywhere near current levels by turning our backs on the highly productive development of oil and gas. It is Canada’s largest export, and oil and gas production provides tens of thousands of high paying jobs. Aboriginal communities in particular rely on those jobs and that investment.

As for emissions, unlike regular pollution these emissions are truly global. It makes no sense to impoverish ourselves to reduce our domestic emissions if those barrels will just be produced elsewhere (carbon leakage), providing jobs and massive revenue windfalls to Americans and a host of dictatorships.

Russia’s invasion of Ukraine, and Europe’s difficulty in confronting it, is a very clear example of how Canada’s withdrawal from global energy production leaves good people at the mercy of leaders like Putin. As we explained in a recent nationwide column, far from helping the world, Canada’s battles with its own natural resource development are hurting it.

The petroleum and petrochemicals sectors are important in many provinces, directly and indirectly. Since a premature shift away from it hurts Albertans most of all, Fairness Alberta has embarked on a campaign to show that Canada’s policies phasing out oil and gas are not only misguided and damaging to future generations of Canadians, it is in fact an “UNjust Transition.”

With this influential ideological perspective threatening Canada’s future, we need your help to get our facts out and rebrand this for what it is: an UNjust transition.

Fact One: The world will need more oil and gas over the next 30 years, not less 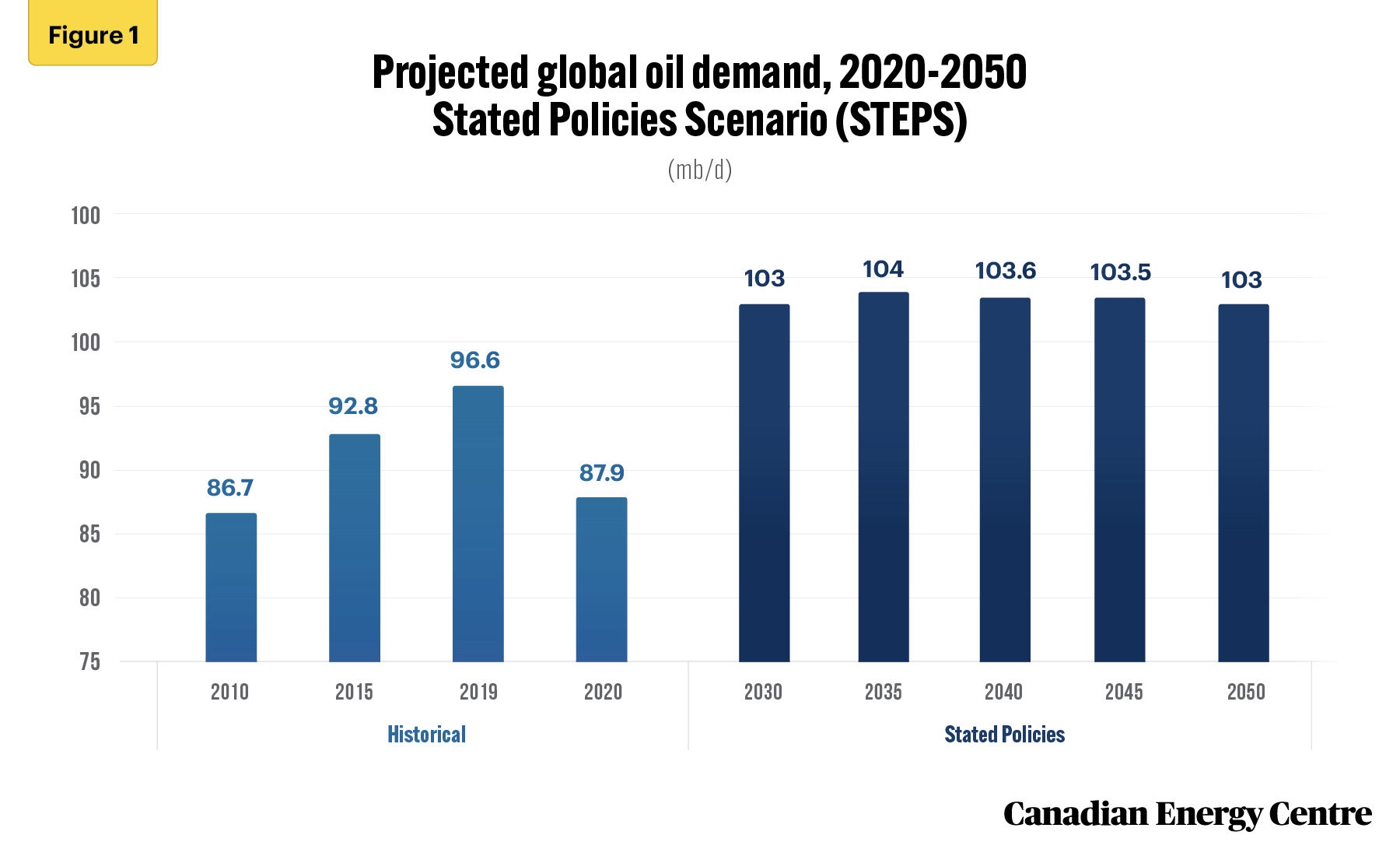 Oil and Gas are in high demand right now and experts predict after climbing slightly over the next few years to a record 104 million barrels per day (mbd) it will remain there until 2050.  North America and Europe may well start weaning themselves off petroleum for electricity and transportation in the coming decade, but the rest of the world will rely on it for their own economies and middle-classes to grow.

Natural gas will be even more in demand, with a 25% increase predicted by the IEA.

Slashing emissions inside Canada at great cost to present and future generations while the rest of the world grows, and oil producers prosper, is misguided.  The question isn’t whether the world will keep using oil and gas – the question is who sells it to them.

The world needs Canadian energy more than ever, but by focusing solely on emission reduction at the expense of responsible energy production we are leaving most of our resources in the ground, and leaving the world dependent on the likes of Russia.

Fact Two: Canada is the best candidate to supply the world’s energy needs – if not us, who? 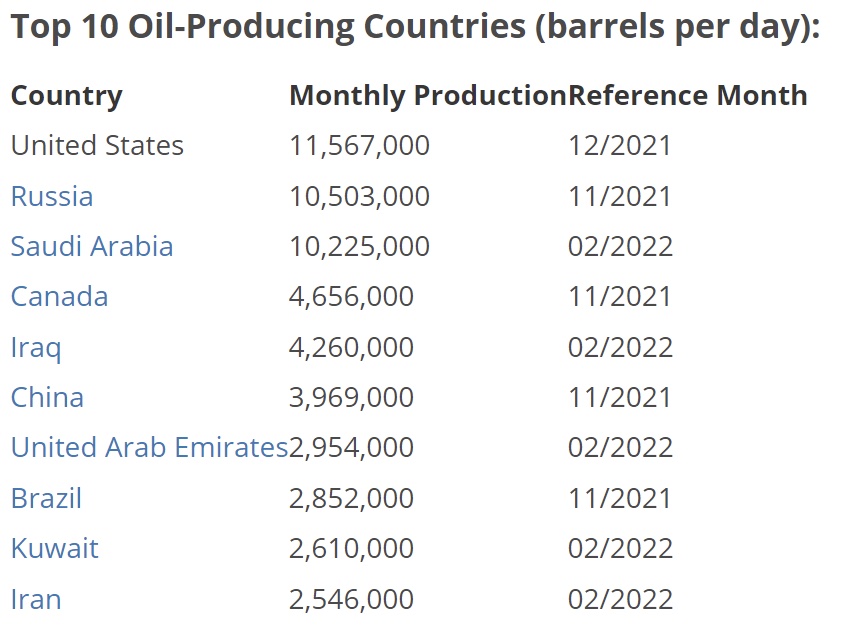 Russia’s invasion should make it clear to most fair-minded Canadians that energy insecurity is a massive global threat. Without its energy hegemony over Europe, it is hard to imagine a Russia with the political or economic power to slog through an invasion of Ukraine.

Canada does not have a large military, or large population from which to influence the world.  It does, however, have the third largest petroleum reserves, and standing next to the likes of Saudi Arabia, Venezuela, Iran, and Russia should make Canada the belle of the investment ball.

We will still need oil and gas for years to come… I prefer that oil is produced by countries… like Canada who want to reduce the emissions of oil and gas.

Unfortunately, our failure to build pipelines and obsession with emission taxes and regulations led our share of global investment to fall 30% from 2010-2018.  Russia’s share increased 30% over that period.

Fact Three: Canada has failed the world by failing to develop LNG

While Canada stalled or even strangled various Liquid Natural Gas (LNG) proposals, since 2015 America went from nowhere to the world leader in meeting a booming global LNG demand.

The rationale for this great ‘transition’ is to reduce emissions and thereby protect the world, but it accomplishes neither. Canadian LNG is a much lower emission fuel than alternatives, especially Asian coal. While LNG is on the rise in Asia, there isn’t enough: in 2020 China announced plans for 43 new coal plants and 18 blast furnaces that would emit an additional 150MT of CO2. For perspective, that increase is double the CO2 emitted by the entire oilsands.

The recently announced aggressive target of 42% reductions for the Oil and Gas sector by 2030 will be expensive and chase investment away from Canada, including in LNG. Canada is ramping up the carbon tax to $170, while it remains at $0 for U.S. competitors. 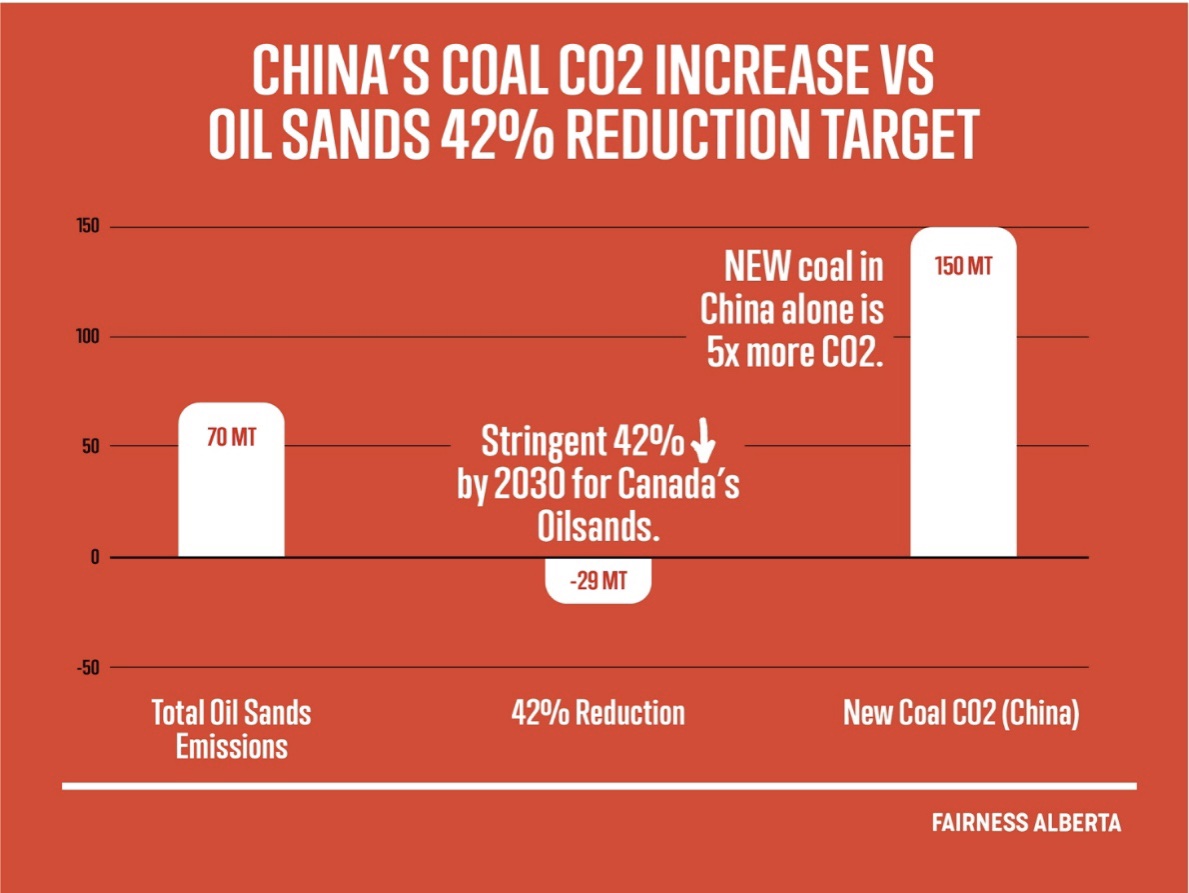 If abundant LNG were on offer from the relatively close port of Prince Rupert, China and the rest of Asia could choose a cleaner option with less than half the emissions. That’s saving the equivalent of the entire oilsands in the case of China’s 2020 announcement of 150MT of new coal. The whole impetus for this ‘transition’ is to reduce emissions – if it means less export of LNG, it is failing. That LNG could massively reduce emissions by displacing coal.

If you still want to help the world, though, think about what substantial LNG and oil export off the East Coast could be doing for a Europe under siege. Have projects like that in Saguenay Quebec been cancelled to protect the world? Stand at the Ukraine-Poland border and see if those 80 million people on either side agree with you – Europe’s dependence on Russian gas right now is a humanitarian and geopolitical crisis. Whether it is ESG metrics or our own moral barometer, it is obviously wrong to focus on emissions alone when weighing the global effectiveness of policies.

Fact Four: Canada’s red tape and regulatory uncertainty has cost us hundreds of billions in jobs and revenues already

Canada’s producers are world leaders in making oil and gas extraction safe for people and the environment, and they’ve never been more committed to emission reduction.

If Canada’s policies do not shift to promote development and export of the energy the world needs, when Russia opens back up we will watch helplessly as capital pours into our boreal neighbour to the west, if it’s not heading south to Texas and North Dakota.

This will not help the environment, it will just make Canada poorer, Russia stronger, and send jobs and profits south of the border.

Compromising the prosperity of future generations of Canadians to enrich and empower autocratic leaders is not just.  If an ESG barometer tells you it is, it is clearly broken.

Those pushing to ‘move past’ oil and gas prematurely are only burying Canadian wealth, in favour of what? In favour of oil and gas produced with little respect for anyone’s rights and benefitting many awful leaders – some of whom would wage war against us.

The world will ‘move past’ oil and gas one day, but until then Canada should be maximizing its production and developing excellent export routes in all directions because it is the safest, most reliable, and yes, most just producer to meet the world’s needs.

Please Help us Fight this UNjust Transition – the time is right to get the message through to Canadians!