Equalization in Canada becomes even more unfair, unaffordable, and unnecessary

EDMONTON, AB, April 11, 2022– Equalization payments in this year’s federal budget hit a record $21.9 billion and payments to the five so-called ‘have not’ provinces are slated to balloon by 23% over the next four years, as shown in analysis released by Fairness Alberta.

“The $22 billion-and-growing price tag for Equalization payments to 30% of the country is not just unaffordable and unfair – it’s also unnecessary given how much the gap between the ‘have’ and ‘have not’ provinces shrunk since 2015,” said Fairness Alberta Executive Director Dr. Bill Bewick.

He is calling on Canadian taxpayers in British Columbia and Ontario in particular – who will fund over $2,400 per family of four this year for Equalization payments to other provinces – to join Alberta and Saskatchewan in demanding Equalization reform.

Fairness Alberta used the most recent Library of Parliament breakdown of federal revenues by province to estimate last year’s share of Equalization funding that comes from each province, and broke it down to a per capita basis. 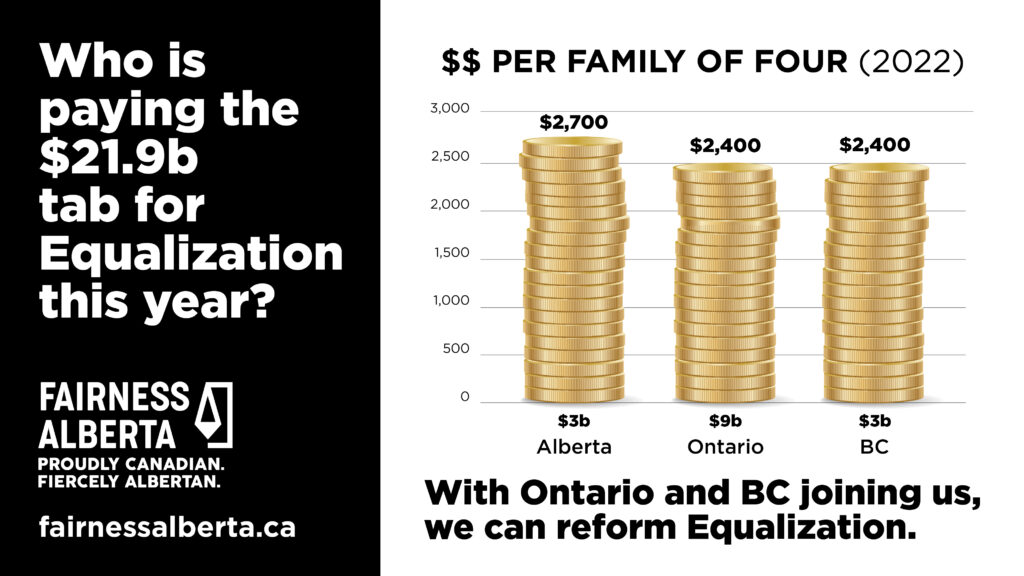 Fairness Alberta led the charge for reform in Alberta’s October 2021 Equalization referendum, and called for a rebate to contributing provinces until a new formula is worked out or Equalization is scrapped altogether.

As Dr. Bewick outlined in the National Post last year, even a 50% rebate would mean a bump to provincial budgets of $4 billion in Ontario, and $1.5 billion being returned to B.C. and Alberta.

Ben Eisen and Milagros Palacios published a report showing the “Great Convergence” in provincial fortunes from the 2015 energy downturn until right before the pandemic.  While the gap between the median ‘have’ and ‘have not’ fell from $5000 per person in 2015 to only $1600, Equalization payments grew by 23%. This year’s $21.9 billion windfall to 5 provinces with one-third of the population is budgeted for $27.1 billion in 4 years – or another 23%. 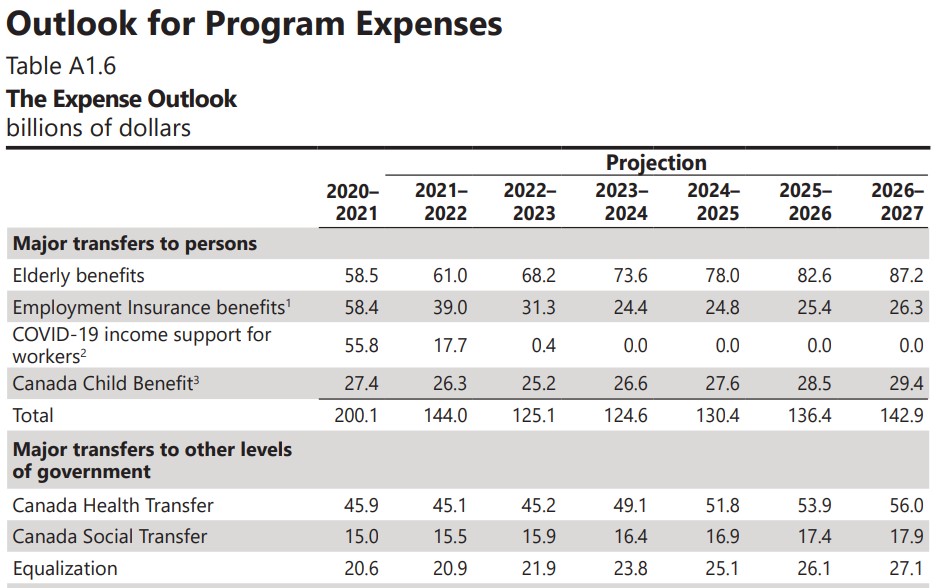 Using the contribution rates to federal revenues by province last updated here to estimate revenue share, we broke down Equalization funding per capita as follows: