EDMONTON, AB, OCTOBER 26, 2021 – With the YES side winning xx% of the vote in the Equalization Referendum, Fairness Alberta commended Albertans for elevating the cause of fiscal reforms in Canada – particularly with the flawed and unfair Equalization program.

“This referendum offered Albertans the chance to take a hard look at the unfair fiscal flows in the federation, particularly the deeply flawed Equalization program,” said Fairness Alberta Executive Director Dr. Bill Bewick. “Albertans’ YES vote elevates this issue in a way the federal government and other provinces can’t ignore, but the hard work in building national support for reforms begins now.”

Fairness Alberta developed an informative website at www.equalizationreferendum.ca to explain succinctly why the the Equalization program is Unfair, Unaffordable, and Unnecessary. Highlights include payments growing from $16-21 billion since 2015 while the provinces’ wealth gap rapidly narrowed, flaws in the formula like Hydro and ignoring costs of services that vastly underrepresent Quebec’s capacity, and roughly $600 per person from Albertans, Ontarians, and B.C. going straight to other provincial governments while their own struggle do deliver equal services.

Dr. Bewick had the opportunity to explain what Alberta’s Equalization Referendum can mean for the rest of Canada in numerous media appearances over the last few weeks, including interviews with CBC’s Power and Politics and the National Post, a “Vote Yes” column in the Edmonton Sun, and a widely publicized debate at Mount Royal University with Dr. Trevor Tombe.

Background – Cost to BC / Ontarians 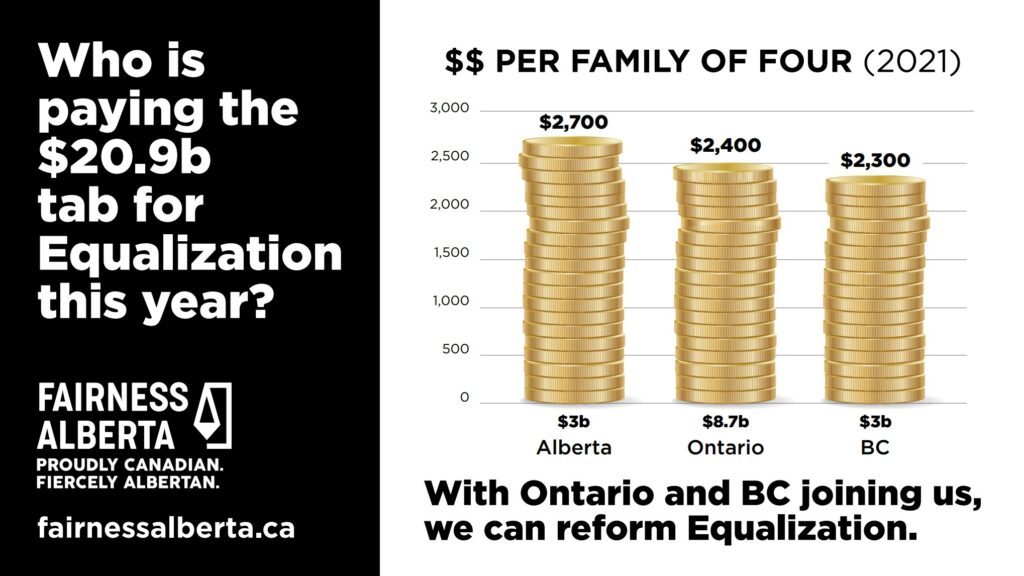